Complete Guide to Flood Lights – Everything You Need to Know

Flood lights offer a plethora of lighting to keep both residential and commercial properties secure from potential illegal activity. If you’re concerned about your property and safety, outdoor floodlights provide plenty of lighting that can deter criminals from their unscrupulous behavior.

What is Flood Light?

Flood lights are just what the name says – light fixtures that can produce a significant amount of non-natural light, illuminating a large swatch of areas. When people think flood (as is in floodlights, their minds automatically associate it with water. Floodlights do not correlate with water. Instead, they are floodlights because they flood a large area with light.

You may wonder what the difference is between spotlights and floodlights. Floodlights have a brighter light they shine, and the angle beam is much broader. Floodlights come with wide light patterns, generally used to illuminate a wide area; conversely, a spotlight is designed to travel a longer distance but in a much narrower beam.

Where Can Floodlights be Installed?

Why Should You Choose LED Flood Lights?

Hands down… LED light wins over conventional lighting systems. They offer the kind of benefits you don’t see with other lighting solutions. What kinds of benefits do they offer?

What sets LED lighting apart from others is its energy efficiency, producing more wattage power without using more power. They can brighten a significant amount of space, performing at their maximum… all at a great value. For example, Lepro 30W Outdoor LED Flood Light is equivalent to 100W Metal Halide, which can cut down your electricity by 70%.

For those not aware, lumen output means how bright a light source is. The higher this output, the brighter the source of light is.

Since LEDs are known for their high lumen output, it only makes sense for manufacturers to install them in floodlights.

One of the drawbacks of many commercial lighting sources is the heat their produce, making it difficult to touch when a need arises. LED lights are much cooler, as their thermal management system produces less heat. This is undoubtedly beneficial at ports or manufacturing plants where high heat is problematic.

More and more people are well-aware of the damage happening to the environment. As such, they are turning to eco-friendly products to give them what they want without additional harm to the planet. LED lights are an eco-friendly source, as they don’t have any toxic elements such as glass, mercury or lead. This makes them safe in any environment.

As you see, floodlights can be used in all kinds of places and often are because of the many benefits they have to offer. While some companies use them for the primary purpose of lighting an area such as nighttime construction, ports, and other places, they are also considered a must for keeping property and people safe from criminal elements. 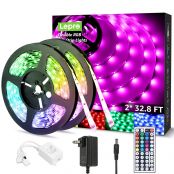 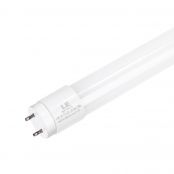